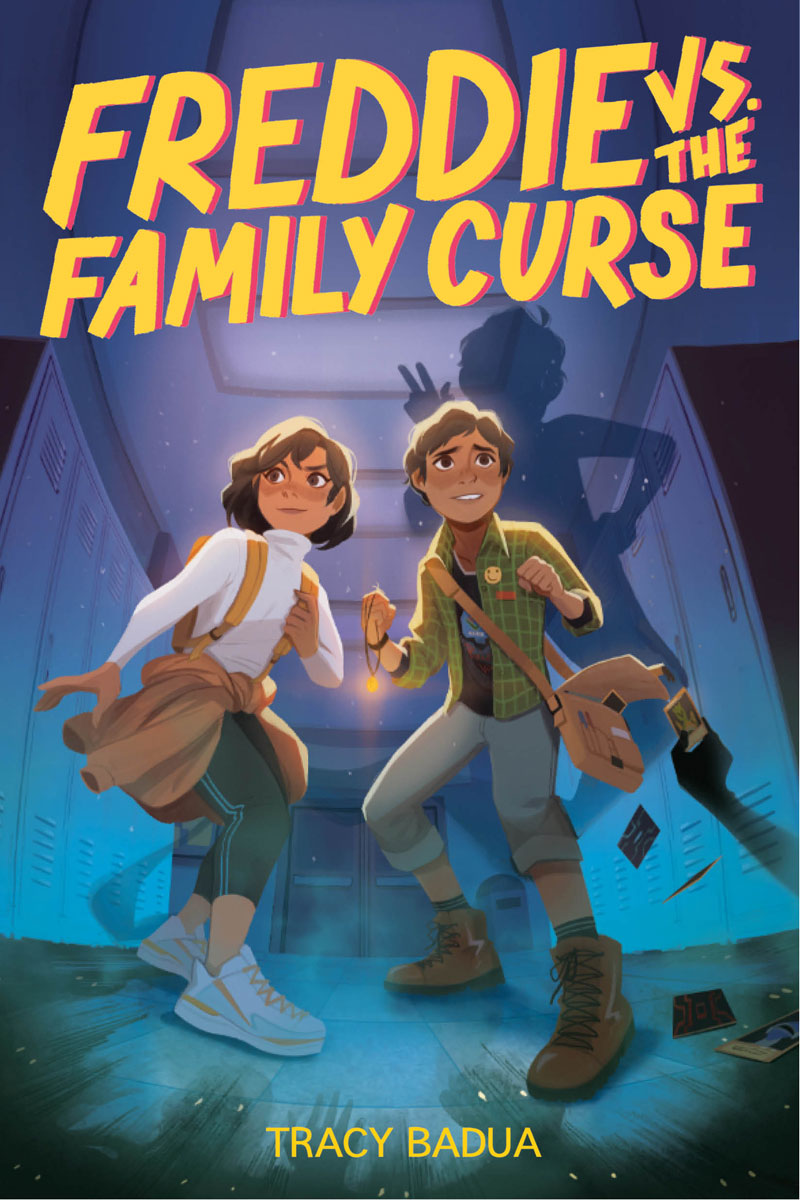 In this thrilling and hilarious middle grade adventure, a young Filipino-American boy must team up with his ancestor to break the curse that’s haunted their family for generations. . . or be trapped in an amulet forever.

While other people may have bad days, Freddie and his family have had bad generations: from bird poop splatting on him during picture day to the many tumbles and trips that earned him the nickname Faceplant Freddie. He’s learned to lay low and keep himself out of trouble—which means no fun, no friends, and definitely no risks.

But when he discovers a family heirloom, a century-old amulet from the Philippines that’s supposed to bring good fortune, Freddie thinks his luck is finally about to change.

He couldn’t be more wrong. Because the spirit of Freddie’s cranky great-granduncle Ramon is trapped in the heirloom, and the evil spirits responsible for his death have returned with a vengeance. Now, Freddie and his cousin, Sharkey, have thirteen days to break the curse, or Freddie will join Ramon for an untimely afterlife in the amulet.

This Is Not A Personal Statement
Quill Tree Books, Winter 2023

THIS IS NOT A PERSONAL STATEMENT follows a teen who leaves home for the college of her dreams… that she wasn’t actually accepted to, breaking into dorm rooms, dodging security, crashing classes, and figuring out how to actually get in next semester before she’s caught.